Going back to 2009 and updating each month, our World’s 50 Most Popular Brands dashboard analyzes conversations from all over the social web to highlight the brands people talk about most often and with the highest favorability.

September 2015 was a strange month in social, particularly for Walmart and Chanel. Below are the highlights of some of the largest changes in rank and extended coverage of what caused the shifts.

The reason? A new Twitter fad called Chanel vs. Walmart (@chanelvswalmart). The account simply posts an image of two people (or things) side-by-side, the one on the left the better (Chanel) and the right the worse (Walmart).

It has taken Twitter by storm with users retweeting and commenting in huge numbers.

2. One Direction’s Star Power Launched Another Brand into the Top 50, This Month That Brand Was O2

Last month MetLife debuted for the first time ever on the World’s Top 50 Brands Dashboard at #50. The reason? One Direction’s Louis Tomlimson gave the brand a shoutout on Twitter.

The month is was O2’s turn as the boys took the stage at O2 Arena for back-to-back sold out shows from September 24th through September 30th. 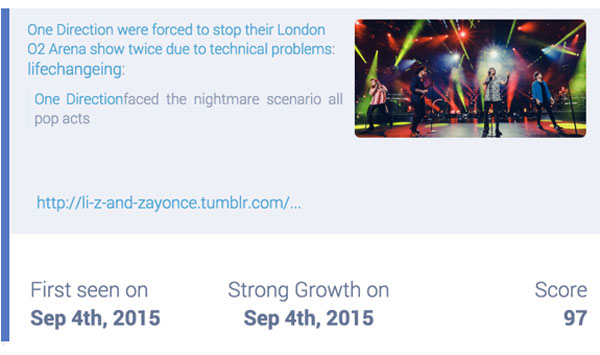 3. Apple Climbs to #2 After Keynote, Still Unable to Overtake Google

Apple unveiled A LOT of new tech at it’s September 9th keynote, including a new iPad with stylus, new iPhone with actual hardware innovation instead of just a speed bump, and new colors for the Apple Watch.

Overall the event contributed 12% of all conversations about the brand in September. However, Apple still failed to overtake Google.

With all the cool new stuff, what was the #1 topic for Apple? Still the iPhone. 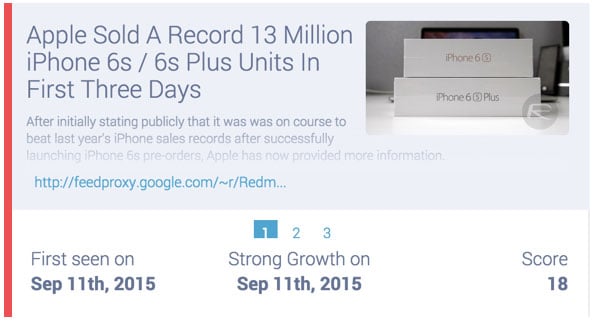 When Apple Music launched in June it debuted on the Top 50 at #31 then subsequently dropped to #41 in July, and completely fell off the Top 50 in August.

This month Apple Music came back with a vengence, re-entering the Top 50 at #33, just 4 spots below Spotify. However, according to Spotify’s CEO, Apple Music is actually helping drive user growth for Spotify.

MTV continues to have brief moments of fame built on controversay. However, without any new drama, MTV plummeted 23 places in September.

The World’s Top 50 Brands looks at the brands people talk about most positively.