Positive, negative, neutral, or mixed sentiment. If you've ever used a social analytics tool, these terms should be familiar.

But what exactly is sentiment analysis and how can you do it accurately?

Sentiment analysis is defined as:

The process of algorithmically identifying and categorizing opinions expressed in text to determine the user’s attitude toward the subject of the document (or post).

In other words, with the right tools: we can analyze if people at large generally like or dislike something.

To accomplish this, social listening and monitoring tools use a variety of approaches, all of which have widely varying degrees of performance and accuracy.

Let's take a look at how sentiment analysis works, how to determine accuracy, and how to spot bad analysis. 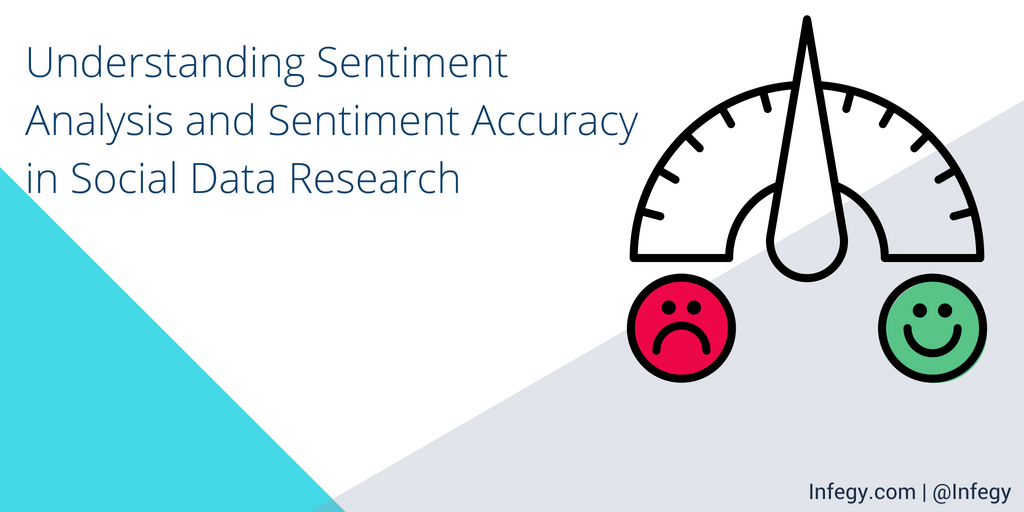 Why sentiment analysis is very difficult

Human language is elaborate, with nearly infinite grammatical variations, misspellings, slang and other challenges making accurate automated analysis of natural language quite difficult. English in particular is difficult to analyze because of its complicated sentence structure.

Traditional approaches to sentiment analysis are surprisingly simple in design, struggling with complicated language structures, and fail when contextual information is required to correctly interpret a phrase.

When analyzing sentiment, the first example would optimally be scored as positive, with the second marked neutral. However, the vast majority of systems will mark these examples incorrectly, as the word expressing positivity in the first sentence, “like”, is not expressing tone in the second.

The best way for a system to correctly interpret this complexity is to understand the context around the word’s usage.

Again, most systems will mis-interpret this statement, seeing the word “bad”, or even the phrase “so bad”, and score the sentence as negative. Contextual understanding is critical for a system to be able to reach human-level accuracy. 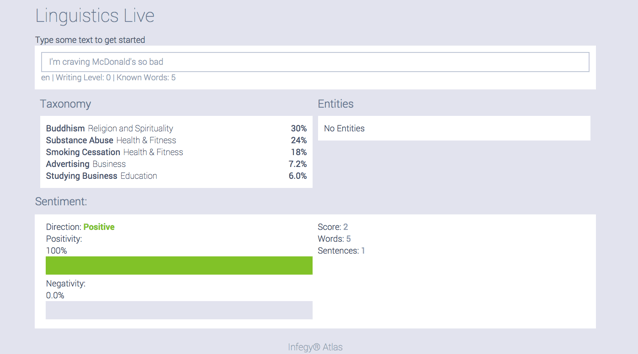 Our tool, Infegy Atlas, uses machine learning and natural language processing to analyze and document the never-ending unstructured text all over the web to develop a more precise sentiment analysis based on how people actually communicate.

Let’s take a look at some factors of a quality sentiment analysis that we’re able to utilize in our data.

The structure of a solid sentiment test

When validating a sentiment analysis system, the testing methodology is crucial. The data source, cleanliness of language, how it is scored, subject matter and volume of data tested are all significant variables that can dramatically affect results.

For an optimal test, the data source should closely match the intended uses. For example, if your intended application is analysis of online dialog, the data used to test system accuracy should also be sourced from online dialog.

Volume of data tested is also important, and a general rule of thumb here is “the more data the better the test”.

If you’re looking to score millions of documents at a time, wouldn’t you want to know how well a system does this?

One vendor of a social monitoring platform claims the highest accuracy, but the test was based on 200 posts. What kind of sample size is that?

Here Netflix can clearly see they are viewed positively by fans over the past 6 months, and you can rely on this data because there were 68 million posts that were analyzed. 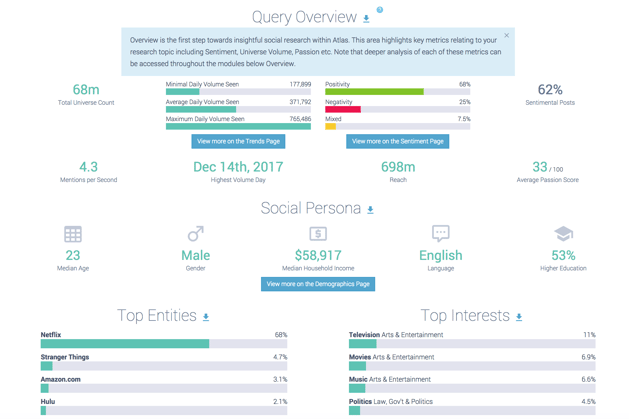 These results in Infegy Atlas help paint the larger picture of a more accurate sentiment analysis.

Another reason you can get a more accurate sentiment score through this technology is that with the best social listening tools, you’ll be getting data from online conversations  all over the web. The biggest trap social media monitoring tools fall in is that they only incorporate user data from social sites like Twitter.

The analysis on Netflix above consists of audience conversations from a variety of sources from forums, to review sites, to news articles, and personal and business blogs. 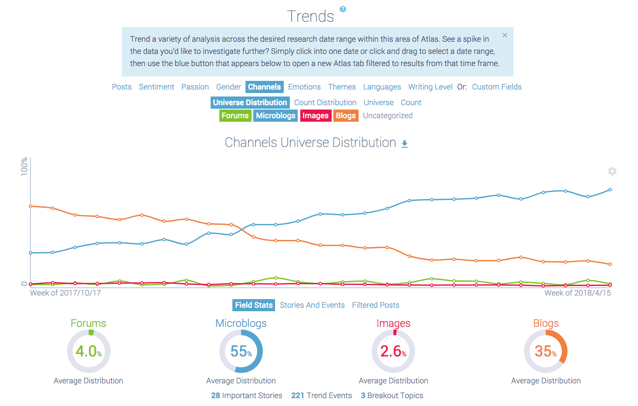 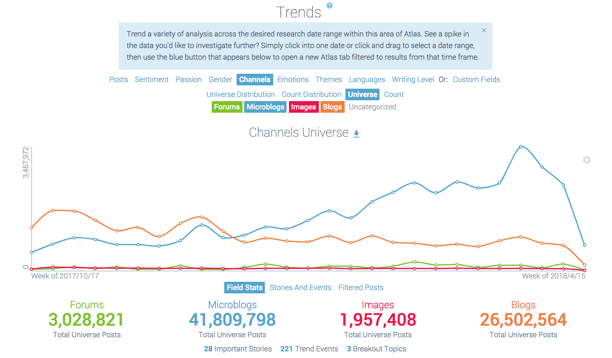 What to look for in an accuracy score

There are actually three very important numbers that go into determining how well a sentiment analysis system works. 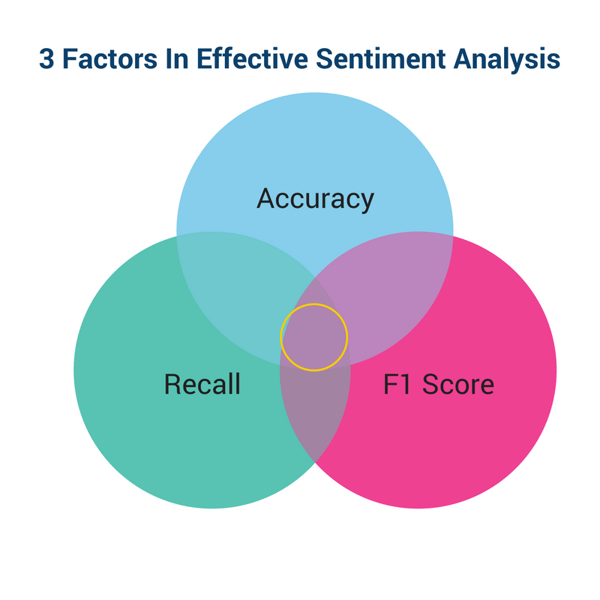 Unfortunately, many in the industry are focused on one single metric: precision, often referred to as accuracy. While certainly important, this measure alone does not tell us anywhere close to the whole story.

Another metric, known as recall, is equally important to the understanding of how these systems perform. Finally, there is F-Score or F-Measure, which is a more holistic account of overall performance.

Let’s look at how these are defined:

A measure of how often a sentiment rating was correct. For documents with tonality, accuracy tracks how many of those that were rated to have tonality were rated correctly.

A measure of how many documents with sentiment were rated as sentimental. This could be seen as how accurately the system determines neutrality. Generally, high recall scores are very difficult in tests of broad subject matter, as the system is required to understand ever-larger sets of words and language.

As such, it is commonly used amongst experts and researchers in the linguistics and natural language processing fields to simply describe the performance of such systems.

The formula for calculating F1 Score is:

Why recall is critical for understanding system performance

Consider we have 100 user-generated documents discussing a bank. Of these documents, 10 are neutral, making statements such as, “I just went to the bank.” 40 of them are positive comments about the bank, and the last 50 are all negative comments specifically mentioning fraud.

Now imagine we were to analyze this dataset with a system which does not understand fraud as being negative. It may correctly score all 40 positive comments, and mark the 50 fraud comments and 10 neutral comments as neutral.

In this case, of the 40 comments the system rated, it got all 40 correct, so it would have a theoretical accuracy of 100%. However, it didn’t rate any of the 50 comments on fraud. So of the 90 sentimental comments, only the 40 positive comments were rated, giving a recall score of 44% (40/90).

In this example, the system may have a very high accuracy rating, but without knowing its recall, we cannot comfortably trust the results.

Now consider the impact to a positivity result: The system would say the data is 40% positive, 0% negative, and 60% neutral. This would be very misleading data, as the true rating should be 40% positive, 50% negative and 10% neutral. Quite a difference!

In this example, the system may have a very high accuracy rating, but without knowing its recall, we cannot comfortably trust the results. Interestingly, recall and accuracy are often at odds with each other, as attempts to boost recall often negatively impact accuracy and vice versa.

How to spot ‘bad’ sentiment analysis

A quick glance through individual posts may give you a rough idea of the effectiveness of a sentiment engine. However, with the likelihood that you’ll be using this system to score millions of posts, this method is less than ideal and often doesn’t go far enough.

Another easy way to spot ineffective sentiment analysis is to look at the distribution of positive, negative, mixed and neutral scores.

As we mentioned earlier, there are many online sources of places, and within a social listening platform like Infegy Atlas, you can actually filter by various channel.

If you filter specifically to social networks, remove news sources, and then run a search for a subject that is by common sense talked about incredibly negatively, for instance, “gm AND (recall OR recalls),” neutral content should not account for more than 90% of the total.

Although general statements about a subject that carry no sentimental context are far more common than not, such a high share of neutrally scored content for an emotionally charged subject is often a sign of poor system recall.

The system is categorizing posts as neutral that it can’t decide positivity or negativity for, and this significantly limits your sample and decreases the validity of your results.

Sentiment analysis is just one part of a social listening or social media monitoring platform utilizing a natural language processing system. And while it shouldn’t be the only thing you consider, accuracy and recall are critical elements to the results you will get.

NOTE: This article was initially published in December 2014 and has been updated for accuracy and timeliness in May, 2018. 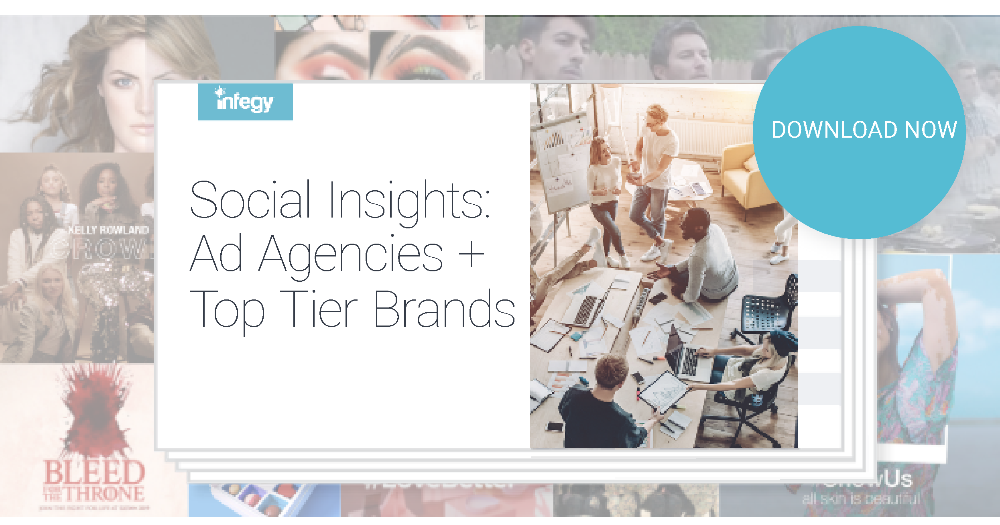