The Content Question for Social Media Intelligence: What, When, and Why?

The Content Question for Social Media Intelligence: What, When, and Why?

As any marketing professional will sympathize, it can be difficult to convince people what you’re saying is true before they have the opportunity to see it for themselves.

The amazing part about creating content as a copywriter is that I get to work in a variety of different areas, representing more than one perspective of what we do here at Infegy. When I told my mother I took a job as a copywriter, she asked me what that really meant.

“My job is to explain, exactly what we do—and why we do it—with as much accuracy as possible. There will be fun posts and graphic things along the way, but the core responsibility of my job is represent the different areas of our business with a single core narrative.”

Ensuring an accurate view of Infegy’s products often means working alongside our developers, our market researchers, our sales team and our executives to have a concrete understanding of the principles behind our actions and the tone with which we’d like to represent them.

Not all Channels are Politically Similar

On their blog they indicated that “on most platforms we examined, users lean more Democrat than Republican. This is in line with the broader demographics among U.S. social media users — generally younger and typically living in major urban centers.” 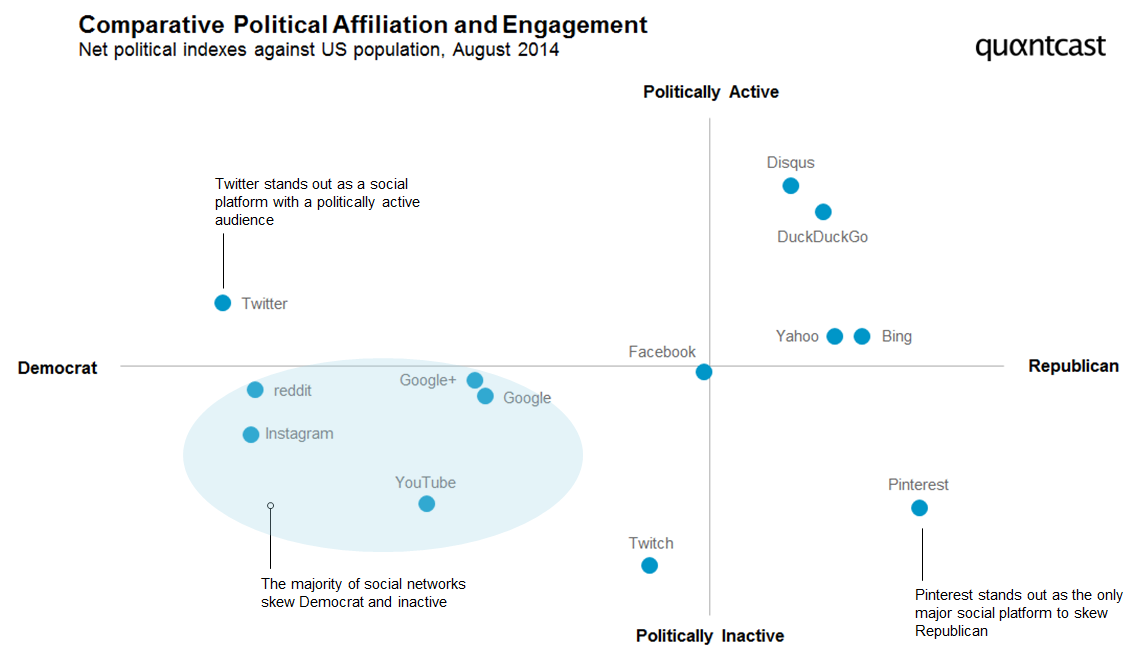 As illustrated in the Quantcast image above, the most-frequently analyzed platforms for social media intelligence — Facebook and Twitter — represent drastically different viewpoints.

Where Twitter users tend to be much more democrat-leaning and politically active, Facebook users seem to affiliate closer to the center with average political activity. If social media intelligence stopped there, the results would only represent one segment of the total digital conversation.

In what has been historically known as “framing” the data, Infegy Atlas samples billions of publicly-available documents from a variety of sources, then applies a rigorous filtering mechanism and normalization to create a dataset that is as representative of the general population as possible.

A Historical Precedent for Framing the Data

Before the statistical rigor of modern computing was applied to public opinion polling, private-sector firms sold tailored samples of telephone numbers which reduced the need for on-site statistical talent within a given organization.

Robert Groves wrote about statistically-framed data in 2011, during his time serving as Director of the United States Census Bureau. He characterized this approach as “designed data”:

For decades, the survey profession created “designed data” in contrast to “organic data.” Traditional survey questions are often crafted with a use-case already in mind, designed specifically to establish useful results for a particular analytical context. Indeed, designed data through surveys and censuses are often created by the users. This means that the ratio of information to data (for those uses) is very high, relative to much organic data.

Infegy Atlas combines the “organic” data approach with “designed” data by rigorously filtering out spam data which presents no valuable information. As Groves notes, “[w]e’re entering a world where data will be the cheapest commodity around, simply because society has created systems that automatically track transactions of all sorts.”

Just because data exists, created by the internet or for the internet, doesn’t mean it contains actionable value for the modern marketing professional.

Infegy CEO Justin Graves noted how “social data paired with a sophisticated software tool such as Infegy Atlas can obtain results highly correlated with the general population and traditional methodologies.” The average deviation between Infegy Atlas and data by the Pew Research center was just 2.7%, well within statistical margins of error.

The most important consideration when analyzing the digital conversation is remembering that many voices contribute all over the world to form the body of online social opinion.

Some forms of social media intelligence today can synthesize this commentary into modern organic data, sampling from a variety of social network conversations across the spectrum of computer-mediated communication.

Reading conversations as they were publicly posted offers a uniquely less-intrusive research model from which to compile a variety of results, taking consumers at their word.

“Participation rates in household surveys are declining throughout the developed world. Surveys seeking high response rates are experiencing crippling cost inflation. Traditional sampling frames that have been serviceable for decades are fraying at the edges. Alternative sources of statistical information, from volunteer data collections, administrative records, and Internet-based data, are propelled by new technology.”

With the decline of traditional sampling frames, it is clear survey analysis will require the incorporation of new approaches to understanding their target markets.

Social media intelligence can maintain the accuracy of individual commentary by listening to consumers as they prefer to be perceived. Research regarding honesty and self-monitoring behavior of Facebook users by researchers at the University of Kansas suggests,

“[Facebook] may function as a mediated microphone that allows users to amplify the communication of their existing and favorable traits to their mediated audience.” Researchers Jeffrey Hall and Natalie Pennington define self-monitoring across social network sites as “the regulation of self-expressions for the sake of the demands and norms of an audience or context.”

In the paper published in the journal Computers in Human Behavior, Hall and Pennington conclude that,

“given the relationship between cue use and impressions formed by strangers, the results of this study suggest that high self-monitors are quite successful at achieving these goals.”

In other words, certain interpersonal cues common to social networking sites and other forms of computer-mediated communication attempt to create an image of our digital self — the way we’d like to be perceived on social media — and are often a very effective way of conveying our personal preferences.

This week, I had the opportunity to catch up on some of my backed-up podcasts. Jody Avirgan at FiveThirtyEight.com along with FiveThirtyEight’s Editor-in-Chief Nate Silver discuss the future of polling results in their new podcast, “What’s the Point?” Silver pointed out what I already suspected, that new approaches to public surveys will likely replace traditional polling methods due primarily to the lack of engagement they seem to be receiving in the digital age. You can listen to the entirety of their podcast here. 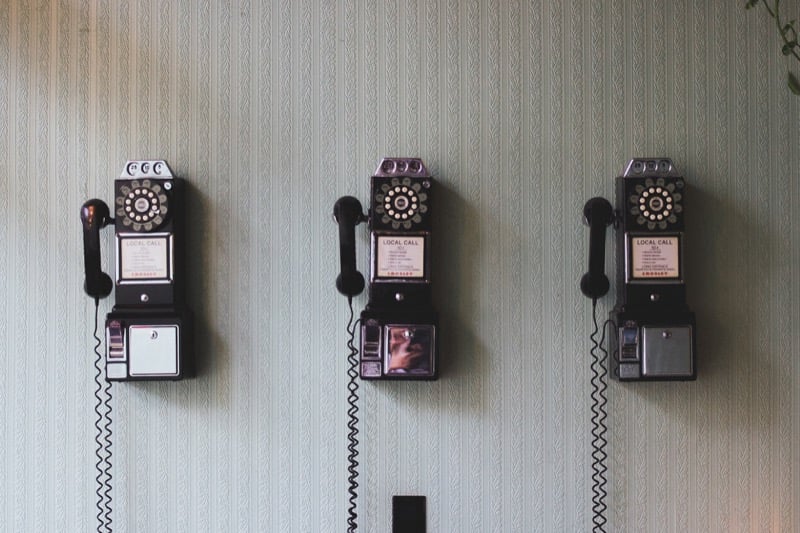 With such a vast amount of data coming from and being intricately tied to the digital social sphere, perhaps future communications research will continue to substantiate its value for more dramatic and complex applications.

Modern software applications such as Infegy Atlas adopt a round approach to social media intelligence to analyze a statistically normalized dataset specifically for the purpose of including as many relevant viewpoints as possible.