Michael Bay’s reboot of the Teenage Mutant Ninja Turtles is an attempt to capitalize on deep-rooted nostalgia and introduce the franchise to a new generation.

The movie, which opened on Friday, August 8th, brought in an estimated $65 million by Sunday, August 10th, taking the top-spot from the other comic book blockbuster, Guardians of the Galaxy.

However, while box office figures are a very positive sign for the revamped Teenage Mutant Ninja Turtles franchise, consumers and critics have been extremely vocal in their negative reviews of the movie.

Teenage Mutant Ninja Turtles fully lived up to the horrendous Rotten Tomatoes rating of 19%. The acting was terrible, Shredder looked like the love child of a Transformer and Ringwraith, the turtles lacked the depth and relatability of the originals, and the plot, while coming off forced, also followed Michael Bay’s predictable pattern of a grandiose evil plan for world destruction thwarted by over-the-top heroes.

The random interjections of comic relief from Michelangelo as well as the few intense action scenes were the only moments keeping audiences awake, while the nostalgia of older audiences and naivete of children had to be the only things keeping people from walking out.

In the end, the movie, while not the worst film ever created, failed to capture any of the magic of the original franchise and came across as nothing more than a thinly-veiled money grab.

In the opening weekend, Teenage Mutant Ninja Turtles generated more than 730,000 posts online with an overall favorability of 63%. In comparison, Guardians of the Galaxy spurred more than 3 million posts during its first weekend, 81% of them positive.

Michelangelo, also know as Mikey, was the highlight of the film for audiences, stirring up the most conversations and the highest overall favorability.

The Transformer-esque Shredder was the least liked character. April O’Neil followed close behind in unfavorability, due both to the character’s role in exploring the contrived back story and poor representation by Megan Fox. 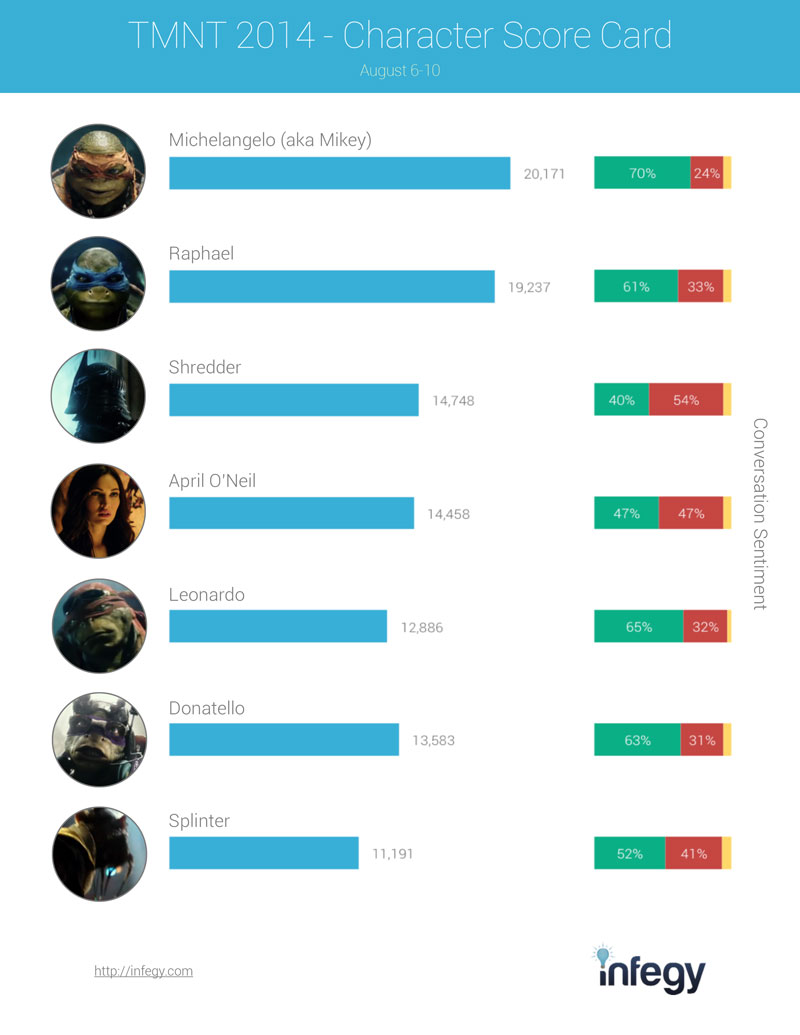 The cast and crew failed to escape criticism, with producer Michael Bay and director Jonathan Liebesman receiving the highest share of negative feedback.

Noel Fisher, the voice of fan-favorite Michelangelo, was talked about more positively than any other actor involved. Surprisingly, opinions of Megan Fox were not nearly as critical of her as they were her character. 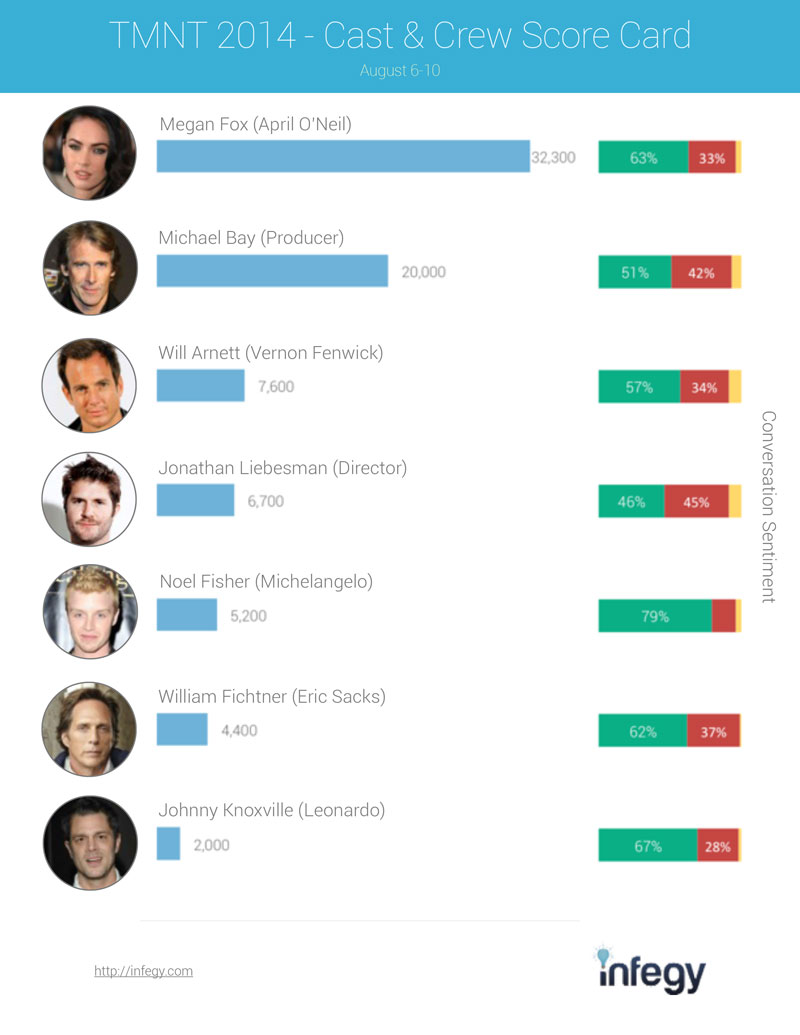 Expectations were high prior to the release of the movie, with overall favorability coming in at 83% at the beginning of July. However, by the time the movie was released to theaters on August 2nd, sentiment had fallen to just 47%.