Netflix transformed the way we are entertained. You can now stream any show or movie you want to any device as long as you have a decent wifi signal. New innovators are cashing in. Disney+, AppleTV+, HBO Max recently joined Hulu and Amazon Prime Video as competitors to take on Netflix. But whether or not other platforms will ever dethrone the O.G. streaming service remains in question.

You now have access to our latest consumer insights report: The Social Insights Report on Streaming Trends and Consumer Behaviors. It uncovers brand new insights on streaming and about how consumers think about streaming services and the content they love most according to social listening.

To preview what’s inside, below are 4 burning questions we set out to answer inside our report.

Q1: What streaming service rises to the top, according to consumers?

It's not enough to just look at viewership data. By combining social conversations from engaged consumers, including our custom-built “watching” metric, sentiment, and subscriber data, a clearer picture emerges.

Conversational analysis of online posts shows that consumers discuss the streaming platforms in these ways:

In the above insight, you see the overlay of subscribers, number of social conversations mentioning “watch” or “watching”, and the sentiment analysis for each streaming service. This social listening data helped find the answer of which streaming service leads, according to consumers.

Q 2: What is the impact of Disney+ on the market?

When Disney+ announced their new streaming service, many wondered how successful the service would be in an already crowded market. But their launch in the fall of 2019 proved there was room at the table.

Q3: What impact does a release schedule have on a series?

Content that sustains long-term social conversation has real staying power. One way to accomplish this is timed release for series, rather than dropping all at once.

Consumers talk online about shows they love or highly anticipate, and typically the conversation will keep going as new episodes are released over time.

Inside our report, we looked at how this conversation helps boost the long-term success of streaming shows. Social analysis of conversations of various series and their release schedules reveals: 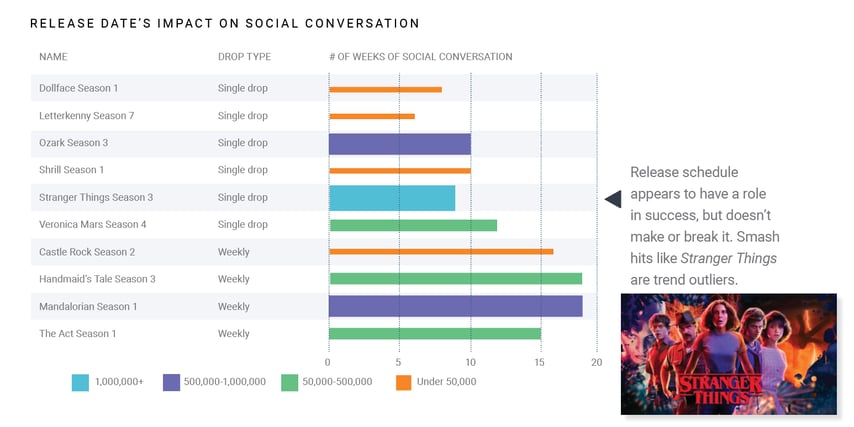 Q4: What makes a viral documentary and who is watching them?

Shows with particular elements captivate certain audiences and turn them into loyal viewers. Perhaps nowhere is this more true than for the documentary genre.

Successful documentaries draw their audiences in by using elements of shock and awe, driving consumer emotions which attracts different types of viewers

Social listening insights pinpointed how certain audiences mention documentaries, including the types of emotions they express and what the typical audience is for each program.

To compete in the streaming market, you’ll need the right data to go beyond subscribers and viewership numbers to understand how the world watches. To get a clear picture of consumer experiences for streaming platforms, you need to tune in to how they describe those experiences.

Using social listening technology, you can begin to understand the why-- the motivations for subscribing, the feelings about specific services, and the content consumers crave.

Don’t miss other topics covered inside the report such as: 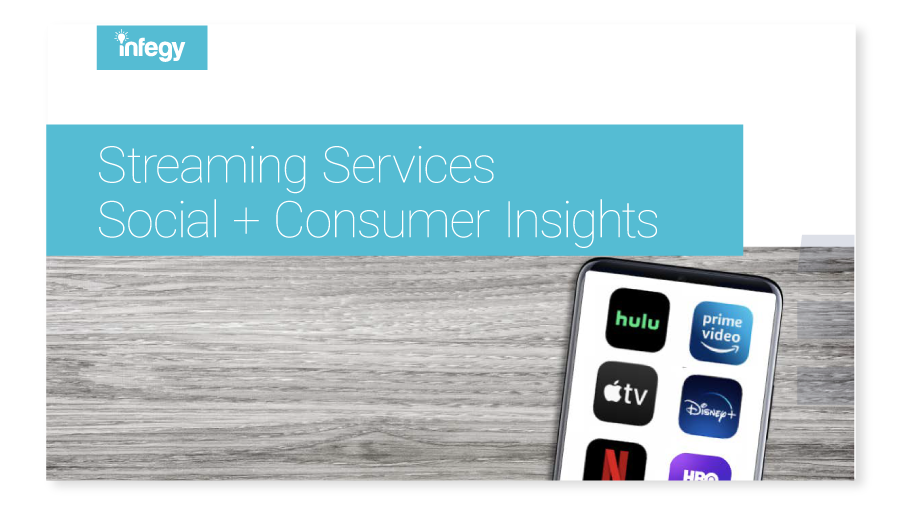