Our latest in-house NLU system is backed by the most advanced technology publicly available for text analysis.

The next big evolution for Infegy has arrived.

We’ve been developing in-house natural language understanding, or NLU, systems for our entire 12-year history. In this time, we’ve seen great strides made both in the industry at large, as well as in our own research and development, culminating in our latest breakthroughs that power Infegy IQ.

This is the largest product launch for Infegy since we launched Atlas, our social listening tool. Our team of data scientists and engineers have been working extensive hours for more than a year preparing to make this dream a reality, and I have never been more excited about our time as a company than I am today.

Infegy IQ is our new text analytics platform that uses the A.I.-driven process of translating any text input into data outputs. This process can be used to understand the intent behind any text. This enables us to extract rich insights from even minimal input.

This machine learning system is based around a novel approach to language understanding.  It interprets a word’s meaning dependent on the context in which it is used.

Through an ability to learn hundreds of millions of unique word-context pairs, each with distinct meanings, the system is capable of learning to identify sentiment, topics, emotions, themes, behaviors and many other expressions in virtually any language in use today.

Infegy IQ's performance is remarkable. We have always prided ourselves on our sentiment accuracy at Infegy. But after years of R&D, researching other providers in the space along with published research, we came up with a new and industry-leading way to understand the meaning of words and phrases relative to the context around them.

As an average across the 34 languages we support at launch, we see sentiment precision of 95.8%, with recall of 98.7%, as tested against around 1 million real-world user feedback and reviews written natively in those languages.

These are the best results we've ever seen published, besting the latest published research from Facebook, Microsoft, Google, IBM, Stanford and MIT, among others.

This is huge! We can now process 34 languages natively, to understand sentiment, emotions (such as surprise), interests (such as entertainment) and entities (such as Apple Inc.). This is a massive expansion from the 5 we supported before this release.

Each language is fully-supported, trained from millions of documents across a broad range of subject matter, ensuring no meaning is lost in translation.

Below is our full list of supported languages, including per-language sentiment precision for each, based on a large-scale test of real-world user reviews and customer feedback.

Humans express so much inside the text they write. Being able to understand the true meaning behind natural language is essential for text analytics.

Outside of understanding if text is positive or negative, a phrase can express elements of emotion, such as "sadness" in the use of "I'm so bummed my phone broke".

What sets Infegy IQ apart from any other text analysis engine is our ability to leverage our expansive in-house archive of natural social language, spanning more than 12 years. This means our text analytics platform is able to learn from massive amounts of true expression about everything from what people love, what food they ate, their political interests, favorite vacation spots, business tips, and advice.

In 2018, the IAB (Interactive Advertising Bureau) released version 2 of the organizations taxonomy classification model, adding new site content classifications across 29 of its broad "Tier 1" categories, along with updates to existing ones. This update supports global applicability and includes new content categorizations for things including events and attractions, the Internet of Things (IoT) and artificial intelligence.

Now inside Infegy IQ, which powers our social listening tool Infegy Atlas, you have access to over 600+ categories to help you classify interests and discussions of consumers. These same categories are used in many other marketing and advertising platforms, allowing easy cross-use of this data.

And For a Little Fun.... We Added Emoji Clouds

While people have traditionally expressed themselves in written content, the advent and accelerated use of the emoji has brought upon new ways to express emotion in text or to replace words/thoughts.

Did you know that across Instagram, 53% of posts include emoji, and the average number of emoji per post using them is 3.8?!

While we ❤️ emoji. We discovered our Atlas users 💯 ❤️ emoji

Check out this emoji cloud that shows us the emoji used about Taco Bell online.

Infegy IQ is our most significant technological achievement in Infegy's history, and we are over the moon to finally tell the world about it.

This engine is available as a standalone service, in addition to providing the analysis used in Infegy Atlas (social listening and analysis) and Infegy Discover (custom search and analysis of your own textual data).

Now you're thinking, "OK, prove it."  Take the opportunity to test Infegy IQ on your data to see what is making our clients' work much easier and delivering smarter outcomes. Get in touch with our team today to learn more about what it can do for you. 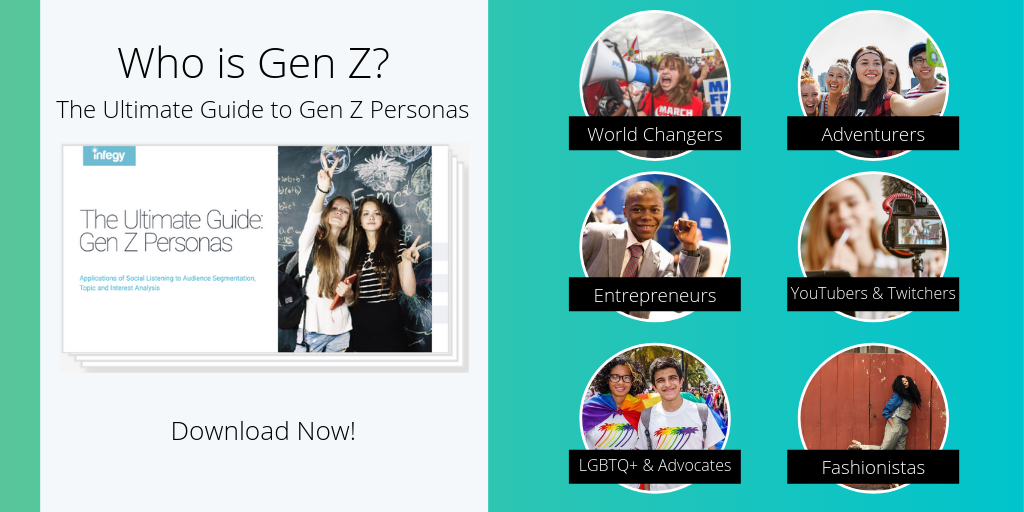