Since 2008, Facebook has made several attempts to tie user engagement to political activity. As a social experiment, Facebook created a sticker that allowed most of its users to declare “I Voted” on their profiles.

Although this experiment ran during the 2010 midterm election, the data they released seems to suggest it was effective.

Facebook’s big data science unit claims that the combination of their sticker, which motivated 60,000 voters directly, and “social contagion,” or peer pressure, motivated an additional 280,000 socially connected users to vote for a total of 340,000 additional voters in the midterm elections.

Bond et al. (2012) argued in Nature: “These results show that online political mobilization can have a direct effect on political self-expression, information seeking and real-world voting behaviour (sic), ….” Facebook, however, stopped short of any sweeping generalizations about traditional voter categories.

While they were able to produce a minuscule amount of increased voter activity, could a more robust application of data science could move the needle farther, or with more specificity among crucial swing voters?

In 2008, before joining the first Obama campaign, Dan Wagner worked with an economic consultancy in Chicago. MIT Technology Review outlines how his skills in election forecasting soon became a standard in the Obama camp.

His program, Survey Manager, was built to apply statistical models to surveys’ on voter feedback with the understanding that data-driven approaches to an election had the potential to produce an unprecedented political victory.

Wagner’s models were incredibly accurate, too. They allowed him to successfully predict the race for the open congressional seat in upstate New York. He even successfully predicted the special election to fill the Massachusetts Senate seat left open by the death of Ted Kennedy with small, confident margins.

Predict the masses by understanding people

Wagner’s achievement wasn’t the ability to pull out thousands of people as representative samples of the population in campaign targeting, but the opposite: using big data, Wagner created projection profiles based on the interests of individual voters until he could paint a larger picture that included a more complex understanding of individual people.

Wagner sorted the electorate intelligently by building voter profiles that emphasized the idea of voter individuality.

The campaign’s call centers conducted five- to ten-thousand shorter interviews that established baselines for a voter’s preferences as well as 1,000 longer interviews formatted more like a traditional poll.

Sophisticated algorithms crawled these surveys for patterns between opinions and data points for each respondent, drawn from voter registration records, consumer data warehouses, and past campaign contacts. 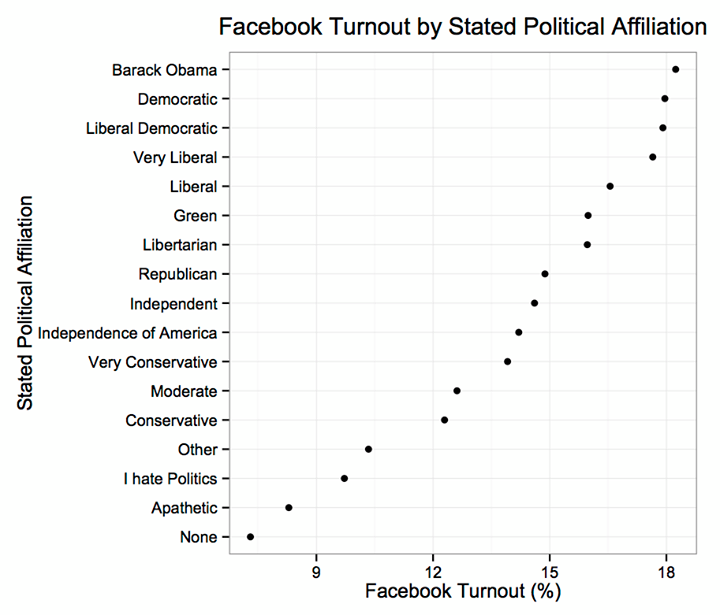 Throughout the Obama campaign, the organization posted new job openings for specialists in text analytics, computational advertising, and online experiments. The Romney campaign, on the other hand, operated like any other 21st-century campaign would have been expected to operate.

Romney relied on traditional data modeling from consulting firms deployed sparsely, a model the Obama camp abandoned after election in 2008.

By contrast, Democratic campaign staff were already incorporating new methods of using analytic behavior to incorporate new techniques developed in social science to improve the efficacy of their canvassing and advertising efforts.

Alex Lundry, charged with assembling the data science unit for the Romney campaign, described the gap in capabilities between the two: “We were necessarily reactive, because we were putting together the plane as it took off. [The Obama campaign] had an enormous head start on us.”

Carol Davidsen developed a software platform the Obama staff named the Optimizer, “which broke the day into 96 quarter-hour segments and assessed which time slots across 60 channels offered the greatest number of persuadable targets per dollar.”

In order to effectively maximize the amount of power per ad dollar spent, Davidsen took the voter-first approach again by correlating the list of persuadable voters with their cable providers’ billing files. If they found a match between the two, they were assigned a household ID that identified viewing data from a single set-top box while also masking any personally identifiable information. 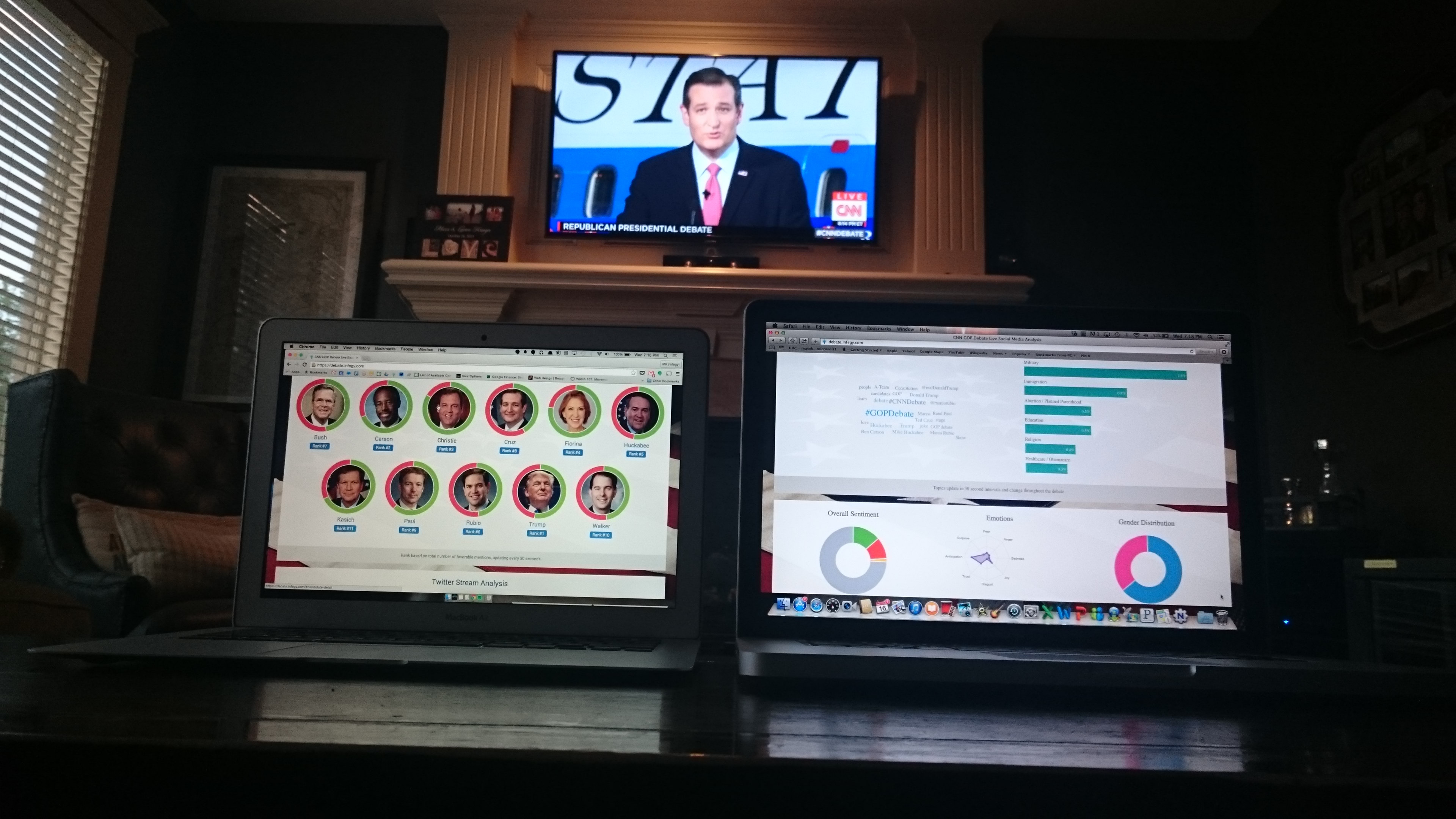 The result was a strategy that the Romney camp couldn’t reverse engineer to understand the campaign’s strategy at a microlevel. While the Obama campaign played ads in markets where previous candidates had never seen value, the Optimizer had suggested these individual targets were the low-hanging electoral fruit.

The effect of such individualized strategy is personalizing the message the Obama campaign wanted to deliver. Because it deployed an analytic approach of voter trends and behavior in a variety of mediums, the campaign’s analytic approach was able to pick up smaller movements in public sentiment that would remain invisible to traditional polling.

Hundreds of specific data points were a much more reliable measure of forecasting likely voters than using a seven-question survey battery to do the same.

If Facebook decided to expand its political experimentation, it could potentially use social behavior to encourage a wider array of voter engagement activities. Facebook knows what content any given person likes, what they don’t like, and what makes them indifferent.

Like the Obama campaigns, Facebook has likely gathered thousands of data points about average user behavior. Using them to more effectively spread voter engagement isn’t magic, it’s the application of data and social intelligence to understand how people think. And for Facebook, it’s just good business.

While it remains unlikely that Facebook would manipulate voter behavior with any malicious intent, it’s important to recognize the power social intelligence can have in the real-world application of big data.

Psychographic-based approaches are not a new concept to social media intelligence. By segmenting social media authors into interest-based categories, some vendors offer the ability to better understand consumers based on definitions that feel more personally-relatable than traditional demographics like age and gender.

Social intelligence now has the power to correlate user interests based a much larger catalog of probabilities, all by dissecting what people say. Understanding consumers with this degree of robust certainty allows for the development of intricately-planned campaigns in marketing and social networking.

As in Wagner’s case, it is possible to paint a more complex picture of entire market segments once each individual piece is understood as part of a whole that shares interests, but are comprised of people who act independently of one another.

These intersections of individual identity are crucial pieces of any effort businesses might make to connect with their consumers or target audience. Recognizing that people are complex networks of personal interests can fundamentally shake-up how people approach their jobs.

Buyer personas can become incredibly personalized, ad targeting can play on a convergence of multiple interests to target highly specific audience segments, or a wealth of other imaginable interactions. The sky’s the limit with enough data to support it. 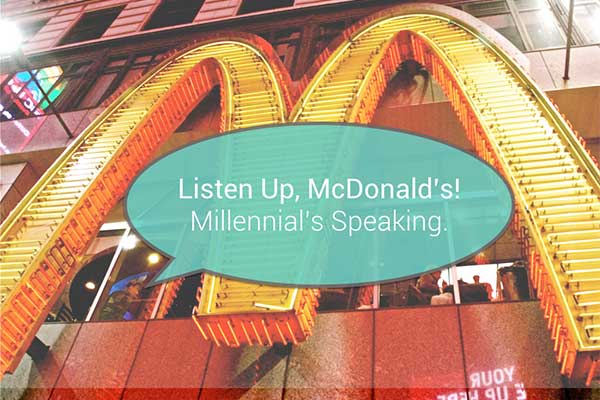 There isn’t a single fast-food restaurant that isn’t interested in grabbing the “echo boom” generation’s attention. In particular, fast-food giant McDonald’s, has failed to connect with Millennials, but perhaps these are some of the reasons why…