The highly anticipated Star Wars: The Force Awakens movie is almost here! Leading up to its release a wide variety of consumer product companies have been leveraging the Star Wars brand for their own clever gains.

For example, some brands have used the iconic movie to spark up new marketing initiatives while others used it to pitch new products.

According to The Hollywood Reporter, the 'Episode VII' is projected to make $3.5billion internationally.

While there are numerous products available, there were 11 brands that caught our eye and 3 in particular that dominated the bunch.

Let's take a look at which brands are being raved about most on social.

*Brand authors were subtracted from the analysis (ex: This takes out Adidas talking about “Adidas”)

With Legos being an all time favorite collector's item for young and old Star Wars fans, there was no surprise that they are the most talked about Star Wars product line.

Fun Fact: Did you know that Star Wars was the first entertainment-related licensed product for Lego? Since 1999, building sets have been created for all (now seven) releases.

Lego, CoverGirl and Sphero were the most talked about brands on social. Who knew Star Wars inspired makeup would be an even bigger hit than the robotic BB-8 Droid?

The least talked about Star Wars branded items were from Kraft, Irregular Choice and Pottery Barn.

Do people actually want to buy though?

Yes! While offerings from Lego, CoverGirl and Sphero were the most raved about Star Wars branded products, they were also the brands that consumers expressed the most positive intent to buy as well.

Why are Lego, CoverGirl and Sphero dominating?

For Lego, entering into a partnership with Star Wars was a great investment. While Lego is broadly known for their general building blocks, their Star Wars branded products have turned into collectors' items.

My #StarWars #ucs collection is growing next up the super star destroyer there goes a week of my life #Lego pic.twitter.com/89CJt8qjZE

Marketing to fans that have been left in the dark can uncover big opportunities. Star Wars product placements have always been geared more towards male consumers and often have not considered female consumers as big Star Wars fans.

This year, CoverGirl changes that by shedding light on a neglected segment.

About time they did something for us grown up Star Wars fans! #StarWars #Covergirl http://t.co/PQzReq0EuY pic.twitter.com/aUklFt6OHC — Laura Watkins (@HouseOGeekiness) August 15, 2015

Thanks to @COVERGIRL for letting me be a fangirl in my own way❤ #StarWars pic.twitter.com/t494UEseQ9

Introducing innovative new products through direct ties to a major franchise is such a grand win. While Sphero serendipitously stumbled onto the opportunity to create BB-8 for Disney, the little droid has brought new shade of life to the movie series and fans by leveraging what they do best, building fun robotics.

I can't wait for the movie!! #bb8 #starwars https://t.co/z2OXpdrASf

While all three consumer product brands above are uniquely different from one another, all three were also successful in introducing something new to the table.

Brands like Nestle, Duracell, Kraft, and Campbell upped its marketing game, took a shorter route by making minor changes to its products / packaging but missed the opportunity to present a unique engagement with fans through its products. CoverGirl for instance, pumped up consumers by having them choose a light or dark side and enhanced its marketing efforts by getting big YouTube gurus on board.

Brands like Adidas, Irregular Choice, and Pottery Barn had an opposite approach where it gave consumers something new and unique but missed the mark on connecting with fans through its marketing initiatives. The top 50 most popular brands dashboard (updates monthly) tracked Adidas as being one of the most talked about brands for the month of November, but Star Wars was not a topic to be found. 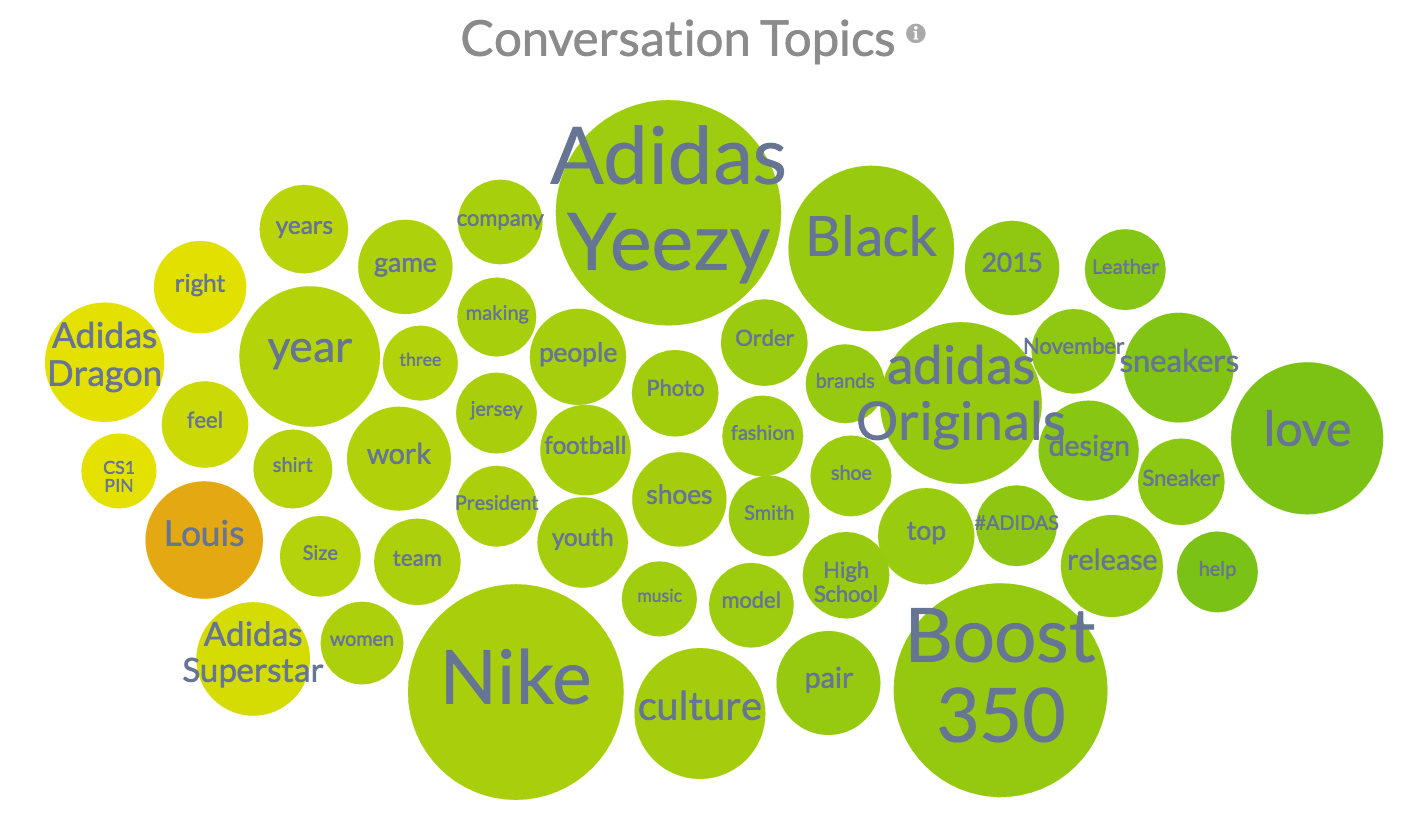 Lego, CoverGirl and Sphero on the other hand, delivered on all three fronts - unique product creation, messaging, and direct connection / engagement with fans.