This World Series was a nail biter. From close games to shutouts, amazing catches and most of all, astonishing pitches, fans had a lot to cheer (and jeer) about.

Just as the games played out across airwaves all across the nation, and even the world, fans were having a showdown of their own on social media. So, who had the best fans?

Grab the infographic (to the right), read on for the play-by-play, or check out our coverage with CMSWire. 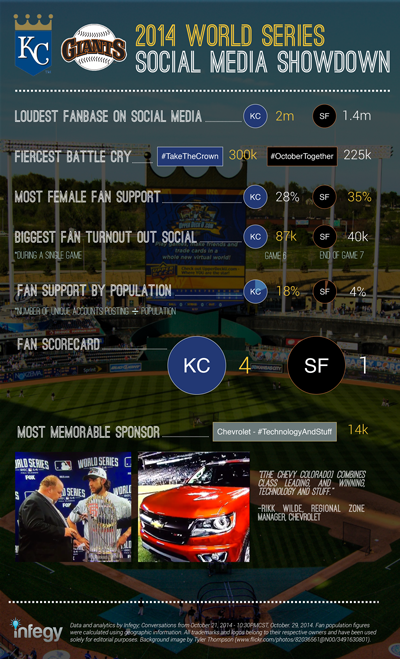 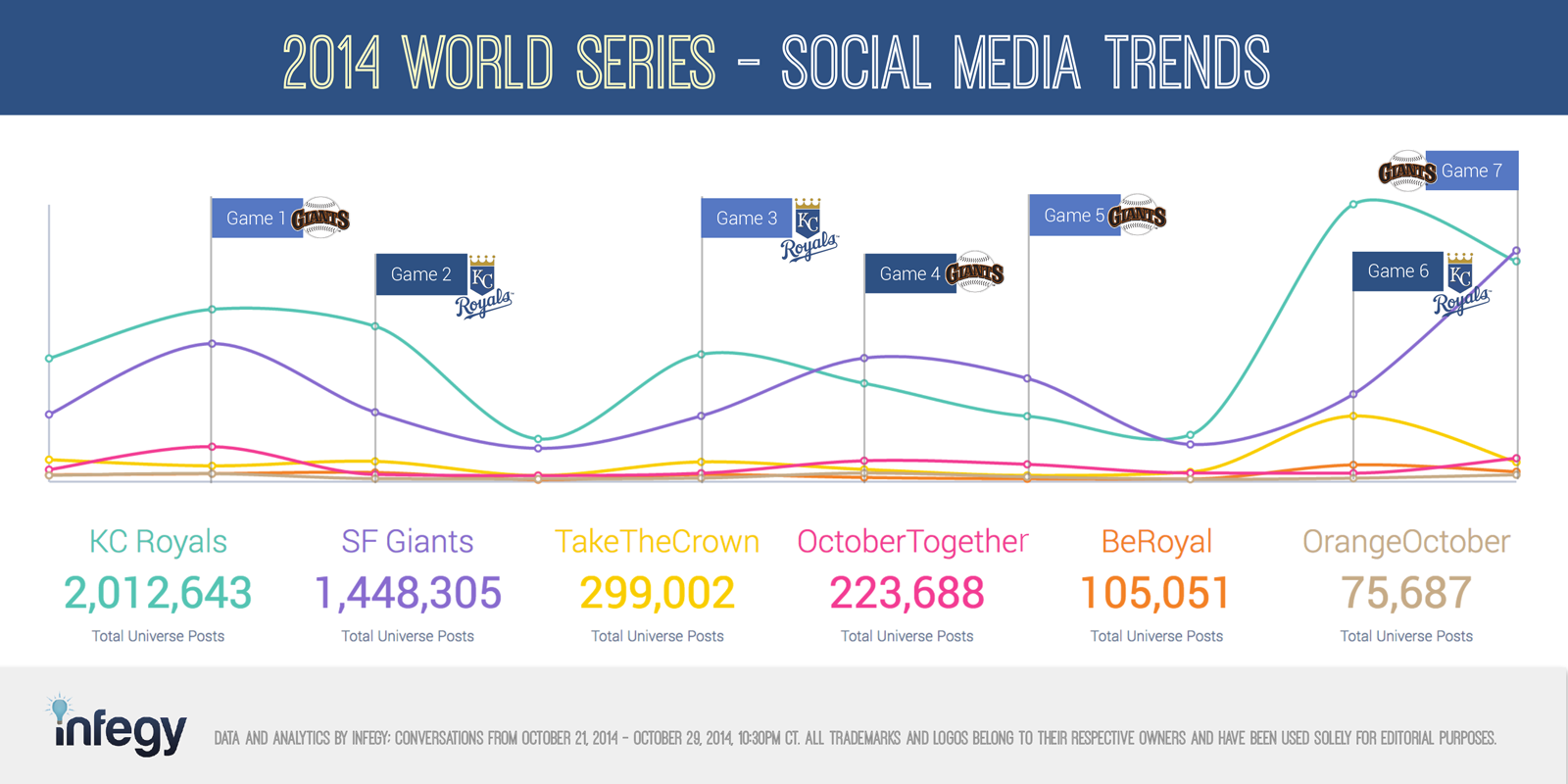 The Royals were the clear winner of social media support with just over 2 million team mentions and related hashtags.

As might be expected, mentions of each team spiked significantly every time that team won. This generally carries over behavior we recognized during the presidential elections where supporters of the winners more often take to social media, while supporters of the losers taper off in social media support after a loss.

The Royals also saw greater support per percentage of the population than the Giants. At peak conversation volume for the Royals, which occurred on October 28th, there were an estimated 87k fans talking on social media using #TakeTheCrown.

At peak conversation volume for the Royals … there were an estimated 87k fans talking on social media using #TakeTheCrown.

At peak conversation volume for the Giants, which occurred on October 29th, there were an estimated 40k fans talking on social media directly mentioning the team. That’s 18% of the population for Kansas City, and 4% for San Francisco.

The fans that kept the faith 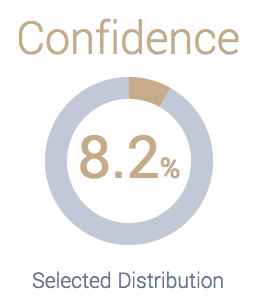 We’ve been seeing more and more fan support from women on social media in the past few years. During the World Series there were definitely more female Giants fans cheering on their team than there were female Royals fans doing the same.

Chevrelot inadvertently became the most memorable brand during the MVP presentation when a visibly nervous regional zone manager, Rikk Wilde, presented the MVP with a Chevrolet truck that he described as having, “class leading, and winning, technology and stuff.”

The most used hashtag was #TakeTheCrown with a total of 300k; the highest surge was to 100k on October 28th and resulted from the huge win in Game 6 for the Royals.

The second most used was #OctoberTogether with a total of 225k, the highest surge was to 53k on October 21 and resulted from the Game 1 triumph of the Giants over the Royals.

A few of the World Series’ peak moments on social:

Since the start of the World Series, the most used hashtags: